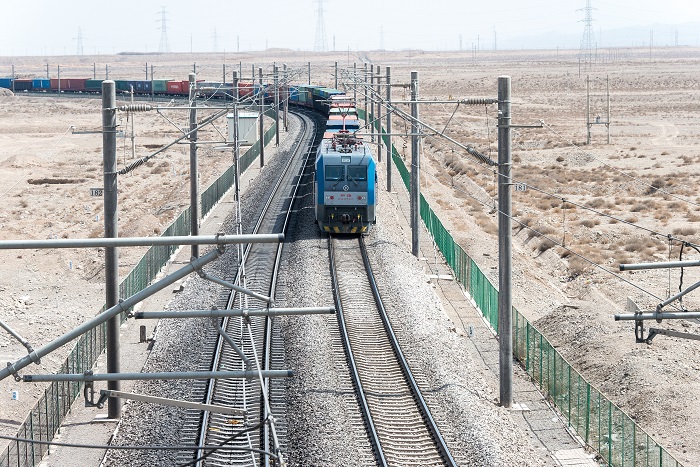 China-Europe rail services and volume on the overland route have increased at a large rate since 2011. (Above: A freight train travels across China.) Photo credit: Shutterstock.com.

Without the billions of dollars invested by the Chinese government on the China-Europe rail network and the subsidizing of containerized shipments, there’s no way the transport mode would be enjoying its staggering success. The network — giving shippers a speedier option than ocean shipping and cheaper alternative to air cargo services — has evolved from a series of single shipper-driven services to more than 50. Even as growth decelerates, shippers’ embrace of the mode deepens, with volume rocketing from 1,400 TEU in 2011 to nearly 319,000 TEU in 2017, according to figures from mainland China rail entities and state media.

But there’s no such thing as a free lunch, or as the free-market axiom is translated in Mandarin, “Wool comes from sheep’s back.” The point is that while the subsidies have fueled container volumes, the jockeying by various local governments to boost the network via subsidies has also injected inefficiency and uncertainty into the system.

Subsidy support has shifted from the central government to local governments, with newer entrants in the competition for more train starts able to push heavier subsidies than the likes of Chengdu and Chongqing, which are coming to the end of a five-year tapered subsidy plan.

One city’s delayed release of subsidies this year frustrated requests for proposals, noted Felix Heger, DHL head of ocean freight, Europe. The nature of subsidies is also changing, with more money being spent to prop up truck hauls to China hubs and even real estate developers pushing subsidies to drive warehouse projects near rail hubs. At the same time, word is filtering down from Beijing that the central government isn’t pleased with how local subsidies are being awarded and there is speculation a top-down system will be imposed on local governments.

At the JOC Container Trade Europe Conference last month, Heger and fellow rail providers expressed confidence that subsidies of some form would continue. Even if subsidies decline to $2,500 per FEU and volume doubles by 2027, the annual subsidy price tag nears $927 million, Jonathan Hillman, director of the Reconnecting Asia Project at the CSIS, wrote in a March analysis.

“Given the political importance China has attached to these routes, this spending could be justified as advertising for” the Belt and Road, said Hillman, referring to the multibillion dollar initiative aimed at linking Asia with Europe and Africa, and the countries in between via water and land routes.

The subsides are playing a role in network efficiencies. Worsening infrastructure bottlenecks have extended transit times from 11 to 12 days to about 17 days, with some shippers reporting delays in transit of more than a week.

European infrastructure and a jump in volume are partly to blame, but so are subsidies in that they allow local governments, often not versed in logistics, to prioritize train starts over utilization. Xian, for example, has a goal of boosting its annual train starts from 180 to more than 1,000, an effort that will cost roughly $250 million, or a $4,500 subsidy per container, in order to compete with rates out of Chengdu, estimates David Smrkovsky of Chinese forwarder JUSDA, which is owned by Foxconn, the world’s largest contract electronics manufacturer.

In short, hauled containers are often empty — with estimates of three laden westbound containers for each eastbound one — and trains often depart with a load of 40 FEU instead of the maximum capacity of 60 FEU. Smrkovsky recalls how single pallets of bottled German water were placed in each container on one eastbound service so they could be counted as laden. Utilization inefficiencies such as that put unneeded pressure onto an already overburdened network and are a sharp contrast to how North American Class I railroads, generally seen as best-in-class globally, are running longer trains.

For shippers, the subsidies are a clear boon, but while they may be free to them, they are contributing to a lunch aftertaste of longer transits and pricing uncertainty.