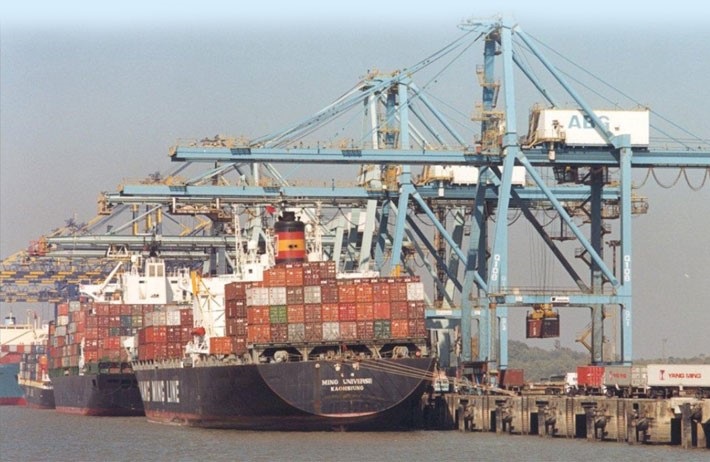 With the above as a backdrop, an intra-Asia consortium led by Wan Hai Lines has expanded its port rotation to include a new direct call at Tuticorin port — a major public east coast harbor near Chennai.

Wan Hai operates the CI2 in conjunction with Interasia Lines and Cosco Shipping Lines. However, when contacted by JOC.com, officials at Cosco Shipping (India) stated that the Tuticorin call is an operational arrangement between the other two partners and that Cosco’s involvement is currently restricted to the JNPT call.

Inaugurating the new call at Tuticorin (also known as V.O. Chidambaranar), India’s Shipping and Transport Minister Nitin Gadkari said shippers in the region have had to transship their cargo by using feeder networks. With the direct call, exporters/importers will now be able to realize substantial cost savings — savings officials put at $50 per container.

“With the strategic location of the [Tuticorin] port being so close to the east-west trade route and a draft of 16 meters (52 feet), the port is poised to attract more mainline vessels and has the potential to become a transshipment hub of South India,” Gadkari said.

Furthermore, officials said the port has invested about Rs. 1,500 crore (about $210 million) in infrastructure improvements under the government’s Sagar Mala program over the past four years and stated that a Rs. 500-crore dredging project is in the pipeline to deepen the harbor further, which will enable a new generation of vessels to berth at the port. In addition, the government is considering a proposal to develop a large, 1,000-acre industrial zone in the harbor — a project similar to the under-construction special economic zone at JNPT — to generate captive cargo. “Tuticorin has huge potential to become a major industrial hub," the minister added.

The cabotage change, enacted May 21, is a step toward that goal. Under the program, foreign ocean carriers can transport laden export-import containers for transshipment and empty containers for repositioning between Indian ports without any specific permission or license.

As those government efforts gain ground, new South India port statistics collected by JOC.com point to lower growth in recent months as November total regional volume was down to 371,018 TEU, from 383,087 TEU during October and from 390,618 TEU during September.

Although it is still too soon to tell if the aforementioned measures will alone resolve a protracted issue that has its roots in several other factors — notably uncompetitive pricing and pro-trade issues regarding foreign rivals — the initial signs are encouraging, industry observers generally agree.