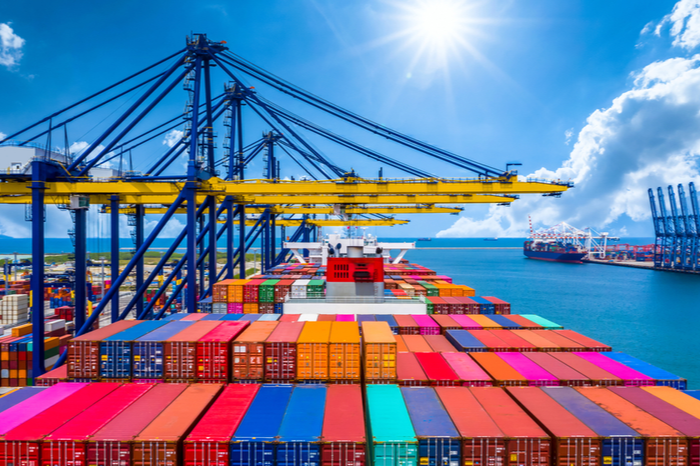 The FMC says it has a clear and compelling responsibility to investigate carrier practices that contribute to port-related congestion in the supply chain. Photo credit: Shutterstock.com.

The US Federal Maritime Commission (FMC) is launching a formal investigation into ocean carriers’ operational issues and practices that the commission believes are contributing to congestion at the ports of Los Angeles, Long Beach, and New York and New Jersey.

In a supplemental order released Thursday, the FMC specifically cites three main issues as contributing to congestion at the two largest US cargo gateways: demurrage and detention practices, empty container returns, and the refusal by some lines to carry US exports as they expedite the return of empty containers to Asia to be refilled with higher-paying import cargoes.

“Because of these stakeholders' concerns, the commission now has a clear and compelling responsibility to investigate the practices and regulations that are having an unprecedented negative impact on congestion and amplifying bottlenecks at these ports and other points in the nation’s supply chain,” the FMC said.

Highlighting their intention to seek immediate relief for participants in the nation’s international supply chain, individual commissioners issued their own statements in conjunction with the FMC’s announcement.

“I believe we have deep-seated problems that could continue for the foreseeable future, and I strongly believe we must pay immediate attention to these issues,” said FMC commissioner Carl W. Bentzel.

“The pandemic conditions, combined with the incredible import volumes partly resulting from the pandemic, have created a crisis in the supply chain,” added commissioner Daniel B. Maffei.

The FMC’s order drew immediate support from organizations representing truckers and agricultural exporters. Some of these groups have testified over the past year before the FMC about carrier practices they say contribute to port congestion and bottlenecks in the international supply chain. Their testimony led to the FMC’s so-called “Fact Finding 29” investigation and order of March 31, 2020, alerting the transportation community of the commission’s concerns. Thursday’s announcement takes the FMC’s involvement to a new level.

The Harbor Trucking Association (HTA) in Southern California earlier this month asked the FMC to seek a temporary suspension of carriers collecting detention fees for the late return of empty containers, and demurrage fees for leaving loaded containers at marine terminals in Los Angeles-Long Beach beyond the time allotted for free storage. The HTA said the situation has become critical in recent months as record imports have flooded into the Southern California port complex.

The Agriculture Transportation Coalition (AgTC), in an announcement Friday to its members, said the FMC’s opening of a formal investigation comes after earlier guidance from the commission on steps that might be taken by carriers and terminal operators to reduce congestion and mitigate some of the detention and demurrage charges apparently went unheeded.

“Clearly the commissioners have lost patience,” Peter Friedmann, executive director of AgTC, said in his correspondence with AgTC members. “The carriers and terminals were poorly advised to ignore the FMC’s guidance on detention and demurrage. Commissioners are hearing from members of Congress about the export bookings being canceled and denied. The commissioners’ actions are consistent with their obligation to enforce the Shipping Act and the interests of the US economy — exports, imports, agriculture, retailers, forest products, etc.”

Maersk Line also issued a formal statement in support of the FMC’s action. “We have worked closely over the past several years with the FMC and other supply chain participants on reducing the complexity and challenges faced in the supply chain and in the wake of the increased stress placed on our ports in the current environment, and we look forward to continuing our full cooperation with the FMC and the industry on this important topic,” the ocean carrier said.