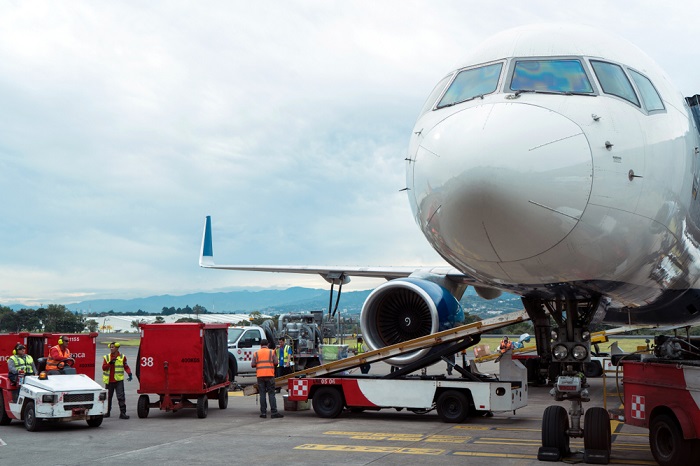 Air cargo freight rates between China and the United States have been rising since July, according to US-based logistics provider C.H. Robinson, with online rate marketplace Freightos data showing China-US air rates currently hovering at $2.80 to $2.90 per kilogram ($1.27 to $1.32 per pound) for general cargo. Based on current activity, Freightos is expecting robust peak season rates.

C.H. Robinson noted that tight space was pushing load factors up into the middle- to high-90 percent range, in some cases. “Ocean vessels are overbooked so shippers are coming to us to convert required shipments to air,” the forwarder said, with China’s e-commerce boom adding extra air volume to the amount of freight that typically moves this time of the year.

Spot rates in the eastbound Pacific are up more than 50 percent since mid-June as uncertainty surrounding Trump administration tariffs drove efforts by importers to get goods in before the latest round of tariffs kicked in and ahead of potentially more. Responding to high bunker prices and tariff concerns, carriers, individually and with their vessel-sharing alliance partners, cut capacity in June, with 6 percent removed on routing to the West Coast and 1.3 percent to the East Coast.

Overstocking, in anticipation of new tariffs

“If the US should finally confirm the additional tariffs presently discussed, there will be a huge production and shipping rush to get goods there before the deadline and this will mean basically a lot of additional air freight, which could come on top of the regular peak season,” he told JOC.com.

“The question could be where the extra capacity will come from and at what price, as we understand that a lot of charters have already been committed.”

There are fears of a repeat of the 2017 peak season capacity crunch, which saw cargo facing lengthy delays getting out of China and through Asia’s freight hub airports. The rising volume continued well into 2018 and beyond the Chinese New Year peak, and reports of cargo stuck on the tarmac in China for weeks and shippers paying up to $12 per kilogram saw shippers racing to lock-in air cargo capacity early.

C.H. Robinson noted that while it could still find space for customers despite the high load factors being experienced on China-US routes, it was becoming more challenging each week.

“We’ve seen airlines add charters for the upcoming peak season as the tightening of capacity has become more apparent, but the added space was quickly snapped up by the market at premium prices,” the forwarder wrote.

“In addition, facilities in the US and the agents assigned to handle these inbound flights are struggling to keep up with demand. Once the cargo has arrived, it can be an excruciatingly painful process to recover the freight, if your service provider doesn’t have strong relationships and the proper procedures in place.”

Podesta said there was a possibility that charter capacity could be moved from less lucrative routes, which basically meant Europe. “Business to Europe has been sluggish and it starts to improve right now but yields are far below the US right now,” he said.

“It may therefore happen that a huge trade tariff-driven surge of cargo to the US will have a ripple effect for Europe-bound cargo.”

The rush for space has been a boon for charterers of air freight capacity. Atlas Air’s second-quarter volume grew 19 percent year over year, and the airline charter giant forecast its 2018 net income will jump 50 percent above that of last year.

"We expect to continue to build on our strong performance in the second half of 2018. Air freight demand is solid and the global economy is growing,” said president and CEO William Flynn.

Expectations were also in the stratosphere at Air Charter Service. “Our cargo flights increased by a staggering 21 percent so far in 2018 — compare this to International Air Transport Association’s half year figures, which show that the airfreight industry grew by just 4 percent in the first six months of the year,” said CEO Justin Bowman, who was expecting an “exciting” second half.

“We have had a stunning first six months of the financial year, with record numbers across the board. Especially when you take into consideration that last year’s figures were beyond our most optimistic projections.”

This robust charter performance is expected to continue through the second half, but it could pose a problem with any pre-tariff surge for air cargo should the US administration’s plan to increase the tariff level from 10 percent to 25 percent, a move that will affect $500 billion in goods.

A manufacturing shift from mainland China

“The China-US trade dispute has caused manufacturing capacities to shift from mainland China to other Asian countries, bringing about an increase in shipping volume and production activities in Asia. Southeast Asia, in particular, has enjoyed the fastest growth in the region,” he said.

This growth can be seen in the July cargo throughput figures at some of Asia’s main airport hubs. Singapore’s Changi Airport saw July freight beginning to pick up, rising more than 2 percent year over year compared with the same period in 2017, but a sharp improvement over the June throughput.

At Hong Kong International Airport, July transshipment recorded an increase of 9 percent year over year, the main growth driver of cargo throughput. Traffic to and from North America and Southeast Asia increased significantly.

At Bangkok’s Suvarnabhumi Airport, outbound freight increased by 7.2 percent in July, and Shanghai Pudong International Airport Cargo Terminal Ltd., the main cargo handler at the airport, July volume was up 2 percent with a 2.3 percent gain in international cargo volume.